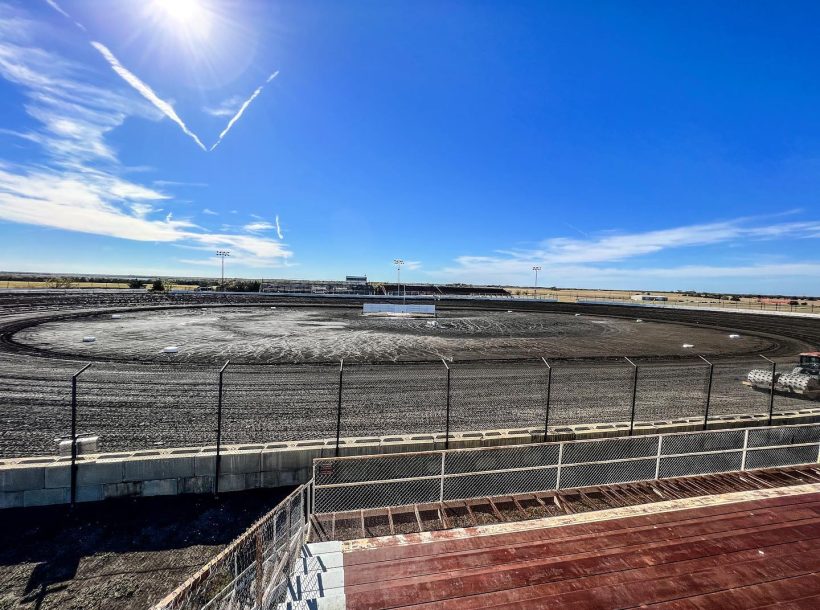 The stars of the Northeast trek south to take on the growing field of ‘Cajun Region’ drivers in the Louisiana-Texas region.

Defending ‘Cajun Swing’ champion Ryan Godown of Ringoes, N.J., heads the Northeast class after claiming two wins during the five-night swing in 2021. Godown was victorious at Greenwood, La.’s Boothill Speedway – the site of this year’s $20,000-to-win ‘Gunslinger 50’ – and The Rev in Monroe, La.

The most dominant driver in Modified racing will also head south for the ‘Cajun Swing.’ Savannah, N.Y.’s Matt Sheppard has won four of the eight races contested in ‘Cajun Swing’ competition dating back to 2020, including both $20,000-to-win affairs.

Other Empire State drivers returning for another trip to the Bayou include Erick Rudolph of Ransomville, N.Y., a winner last season at Ark-La-Tex, Jack Lehner of Saratoga Springs, N.Y., and Tyler Siri of Horseheads, N.Y.

Sheffield, Mass., resident Andy Bachetti headlines the strong list of first timers for the Ollie’s ‘Cajun Swing.’ The three-time STSS champion has recently committed to the trek into the Bayou.

Rex King Jr. will also be on hand, representing Bristolville, Ohio and Barry White and Craig Whitmoyer from Pennsylvania will all be making their inaugural ‘Cajun Swing’ trip.

The Ollie’s ‘Cajun Region,’ which just completed its second season of action, will have a strong contingent throughout the week as well.

Two-time defending series champion Caleb Dillard of Many, La., is set to take on the best of the Northeast along with fellow ‘Cajun Region’ winners this season Alan Myers of Sibley, La., Tommy Rascoe of Converse, La., Korey Keimig of Waxahachie, Texas, and Koty Adams of Doyline, La.

Five consecutive nights of racing are set for the ‘Cajun Swing’ this week.

The STSS heads to Rocket Raceway Park in Petty, Texas for a two-night stampede in the Lone Star State on Tuesday (Nov. 8) and Wednesday (Nov. 9).

Following the trip to Texas, the ‘Cajun Swing’ tours to Vivian, La., to visit Ark-La-Tex Speedway, the ‘Land of the Three Wide’ on Thursday (Nov. 10).

The trip concludes with two nights (Nov. 11 & 12) at Boothill Speedway, which is celebrating its 50th season of racing. The Saturday (Nov. 12) feature event takes the lead role of the weekend as the Modifieds go for 50 laps and a $20,000 top prize.

A complete information center for the Ollie’s ‘Cajun Swing’ presented by Wegner Automotive has been posted on the STSS website at: https://shorttracksuperseries.com/event-info/

The entire five-night swing will be broadcast live to a national audience on FloRacing (www.floracing.tv) as part of the $150 annual subscription.

Ollie’s Bargain Outlet, Inc., founded in 1982, is America’s largest retailer of closeouts and excess inventory, offering real brands at real bargain prices. Famous for its signature catch-phrase “Good Stuff Cheap”, Ollie’s has a huge selection of famous brand name merchandise in every department – food, books, housewares, toys, electronics, domestics, clothing, furniture, health and beauty products, flooring, seasonal items, pet supplies, and so much more – at up to 70 percent off the fancy stores’ prices. You never know what you’ll find at one of Ollie’s 430+ “semi-lovely” stores. For more information, visit www.ollies.us. Like Ollie’s on Facebook or find them on Twitter at @OlliesOutlet. Ollie’s Bargain Outlet Holdings is a publicly traded company on NASDAQ under the ticker symbol OLLI.