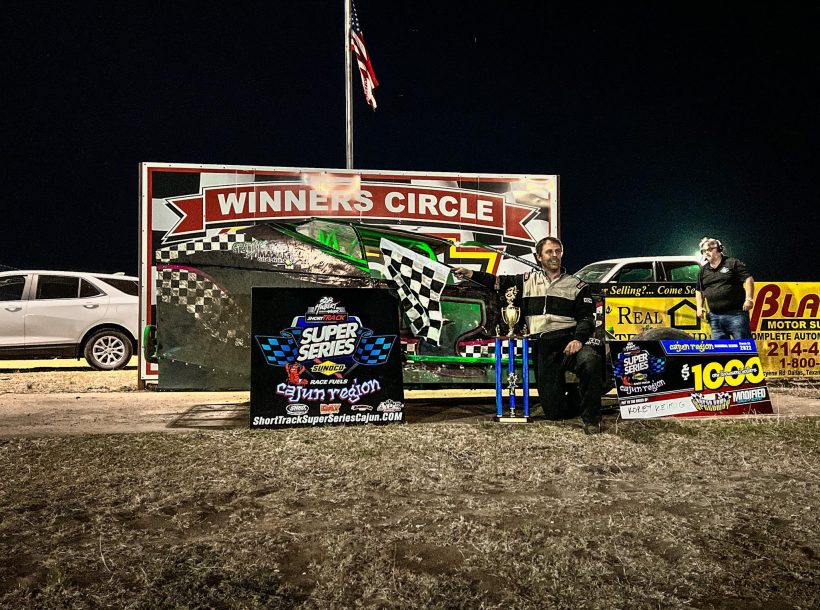 GREENVILLE, TX – They say everything is bigger in Texas: including the passes for the lead.

The $1,000 victory in Round No. 1 of the Day Motor Sports point series was Keimig’s first with the series.

Keimig, who led during the first half of the event, found the top groove in the race’s final stages, sweeping past both Kody Adams and Caleb Dillard, who were locked into a tussle for the top spot.

Keimig led the main through the halfway mark, when Adams took over. Dillard followed Adams into the runner-up spot.

Dillard closed on Adams in the final five circuits, looking to the inside of the leader. Keimig saw opportunity on the outside and powered past both.

The New Jersey native who now resides in Waxahachie, Texas, drew a loud ovation from the crowd in Victory Lane.

The Short Track Super Series Cajun Region Day Motor Sports point series moves to Boothill Speedway in Greenwood, La., for Round No. 2 of the 2022 season on Saturday, April 9. This will mark the first appearance of the Cajun Region at Boothill.